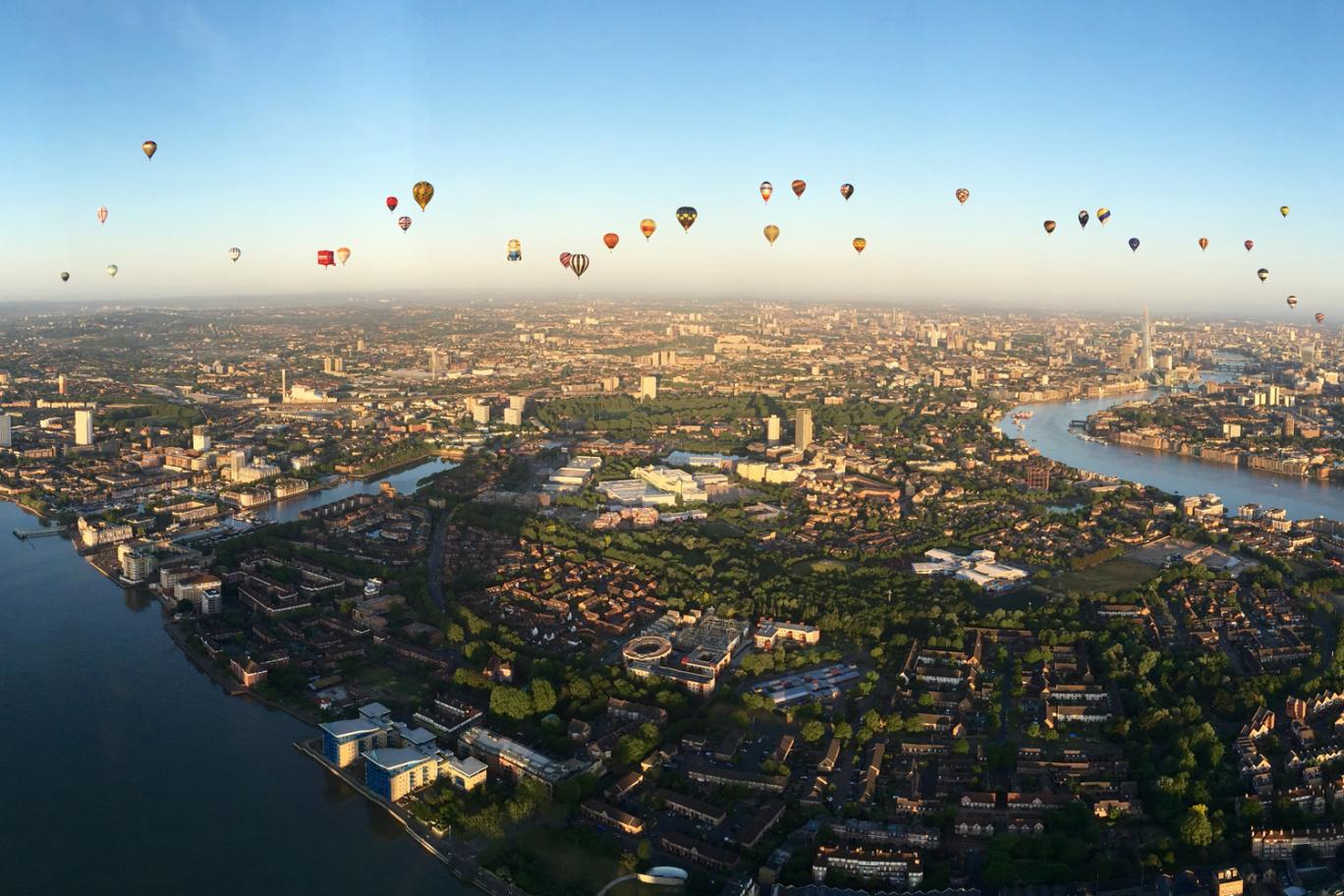 Actors reunited in the skies above London landmarks – Bailey Balloons

This month, the Toronto Film Festival saw the premiere of the new film The Aeronauts, in which actors Felicity Jones and Eddie Redmayne are reunited on the big screen in a new hot air ballooning film.

This is the true story of trail-blazing meteorologist James Glaisher, who used a hot air balloon in order to measure different atmospheric temperatures to try to predict the weather, which was a revolutionary notion at the time.

Along with his colleague Henry Coxwell, on the September 5, 1862, Glaisher ascended to a height of 11,887m, which became a world record for aerial flight. In The Aeronauts, Coxwell’s role is replaced by Jones who plays a fictional hot air balloon expert, Amelia Wren, whose skill and knowledge saves Glaisher’s life during the dramatic ascent.

The film shows epic scenes of the capital from the skies. Filmed on location at the Royal Naval College in Greenwich and featuring the famous Regent’s Park, as well as Wrotham Park Estate in West London, there is plenty of striking imagery to delight cinema audiences.

The Aeronauts has received positive reviews so far, with commentators noting the enduring charm of a story set in a hot air balloon. The film is set for general release in the UK in November.

The delight of a hot air balloon flight does not have to be the reserve of Hollywood stars. We offer hot air balloon adventures over the skies of Gloucester, Bristol, Bath and other areas of the South West.