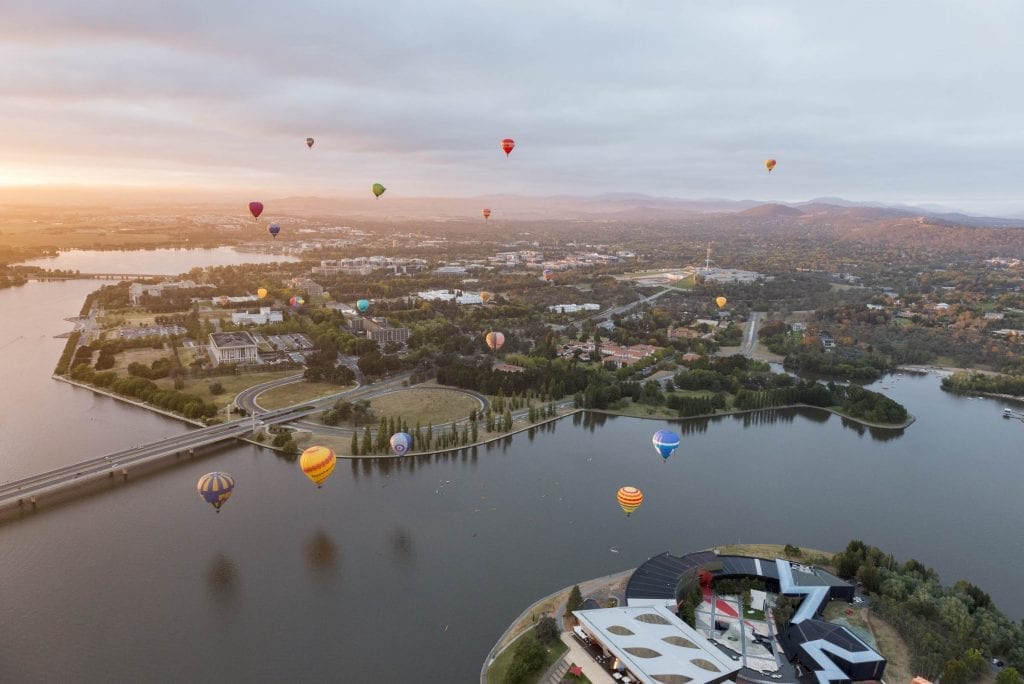 This month saw the Canberra Balloon Spectacular festival launch to global fanfare and acclaim, not least because a special guest was joining the fortnight-long festival this year.

Skywhale – a piece of public art depicting a whale – returned to Canberra after a seven-year absence. The balloon, commissioned in 2013 to mark the centenary of the capital, is 34 meters wide and features a mysterious looking whale with four pendulant breast-like udders flanking her body, which make up the canopy of the balloon, and a bird-like tail.

Patricia Piccinini, Skywhale’s creator, explained that the inspiration came from the idea of evolution; that all mankind evolved out of the ocean, and then would continue to evolve into the sky.

This poetic idea contributes to the charm of Skywhale, though it is not without its critics who find its udders somewhat obscene and the cost of such a controversial piece of public art unnecessarily high.

Love her or loathe her, Skywhale made a star turn at the Canberra Balloon Spectacular this year. She was tethered to the ground, allowing visitors from far and wide to come up and take a closer look at her.

As you might expect from a balloon festival, which is now in its 33rd year, a host of other balloons from all over the world accompanied the Skywhale, including one shaped like a 40-meter-high Tyrannosaurus Rex.

Hot air balloons never fail to enchant people. We provide hot air balloon adventures over Bath, Bristol and other parts of the South West if you want a taste of the high life for yourself.