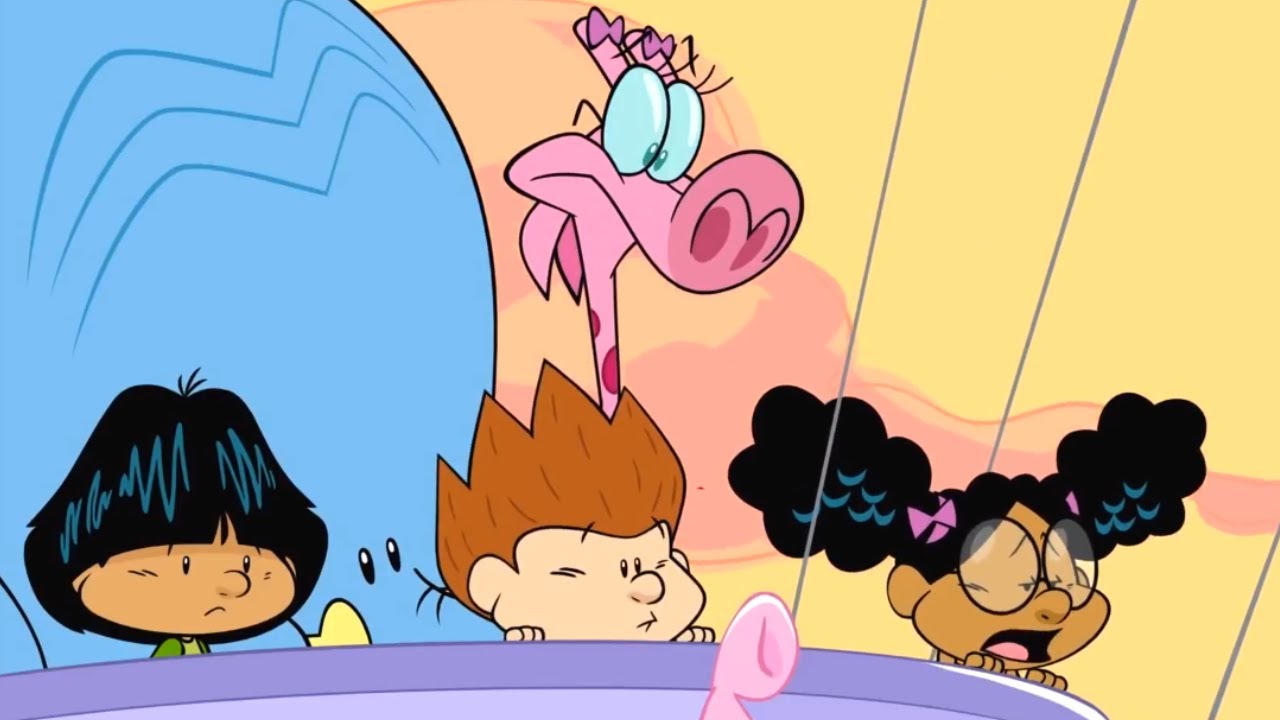 Yuri, Lili and Matt are best friends. They live in the same neighborhood, go to the same preschool, and all have exceptional imaginations. But what really brought our heroes together is that each has an imaginary friend… Yuri, the smallest and shyest of the three has Golias – a great big blue elephant. Lili, the most forceful of the three has Nessa – a very sweet pink giraffe. Matt, the most boisterous of the three has Bongo – an even more boisterous green kangaroo.

Yuri – Yuri is 5 years old. He is smart, independent and happy, and has a very fertile imagination. He is an only child, and as a result is sometimes lonely, and can be a little selfish.

Lili – Lili is almost 6 years old, very determined and loyal, and often speaks before she thinks. She is the oldest of four children, and often tries to help take care of her 3 baby brothers; this has given her a tendency towards bossiness, which her friends do not always like, especially when she tries to take control of their games.

Matt – Matt is 7 years old, loves to play sports, and is very energetic in everything he does. He is very curious, full of ideas and opinions, and very mischievous, which means he is often getting into trouble. He has an older sister who often teases him.

Golias – Golias, is played by Jack. He is Yuri’s Big Big Friend, is a large, round, blue elephant. Golias is affectionate, likes to act, dress up, try new things and play outdoors. He is also very timid, and gnashes his teeth in fear if the lights are out. He loves to give Yuri trunk rides, and is quite sad if he ever feels left out. In Spanish he is called Goliat

Nessa – Nessa is Lili’s Big Big Friend. She is a pink giraffe who can make friends with anyone, and is optimistic and cheerful. Nessa also lets Lili ride on her neck. She is agreeable and mediates conflicts.

Bongo – Matt’s Big Big Friend is named Bongo; he is a green Kangaroo. Like Matt, he is athletic, energetic and constantly jumping. He has a great sense of humor and an infectious, uncontrollable laugh. Bongo is afraid of being ignored and likes attention. Bongo is also very fearful. He has a pouch that Matt rides in despite the fact he is a male kangaroo. His pouch is apparently in more than one spot, since Bongo can be seen pulling things out or putting things into different pouches in various locations, such as, up by his neck, down at his sides (almost like pockets).