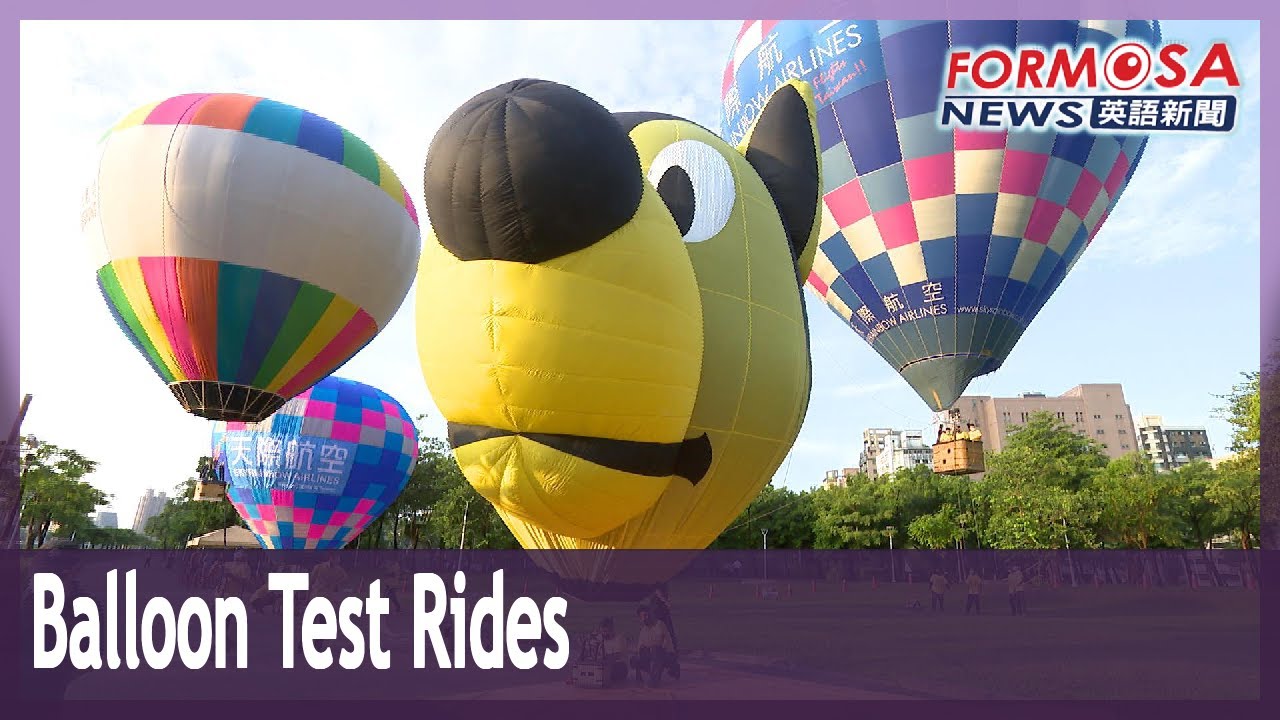 Reflections shimmer in Love River early Wednesday morning. The west bank is looking more colorful than usual, with the addition of hot air balloons of varying shapes and sizes. It’s a picture-postcard scene that’s drawn a curious crowd of locals.

Flames erupt, sending the balloon soaring skyward. This was the test run for a government event to be held later this year, provided that the epidemic stays contained. Kaohsiung’s tourism bureau plans to offer hot air balloon rides, so that people can experience the city from above.

Passenger
I’m a little scared, but the view is spectacular.

Cheng Meng-ju
Kaohsiung City councilor
It’s very beautiful here. This is my first time seeing Love River from high up in the sky. You can take in the entire river from here.

On Wednesday, balloons launched off the riverbank, dotting the sky with color. A few lucky locals were treated to a bird’s-eye view of their city and their river in the morning light. A team of professional pilots raised one passenger-carrying balloon and four smaller balloons.

Turning to a different scene. Tianliao Moon World, with its barren beauty, was a testing ground for balloons the day before. A ride here was just as thrilling as the famous tours of Cappadocia, Turkey.

Sun Chun-liang
Kaohsiung tourism bureau
Although I haven’t been to Cappadocia, Turkey, I did see the photos, at that beautiful landscape. It’s as if I were in Turkey’s Cappadocia.

Test flights were slated for early in the morning and at dusk – times of day when conditions are best for flights. The balloons at Tianliao Moon World attracted spectators young and old. Children shrieked with delight, while parents snapped photo after photo.

The city ran two days of test flights, which went off without a hitch. Tourism officials said it would hold its hot air balloon event later this year, in compliance with the rules of the CECC. Professional pilots will offer rides to tourists at Tianliao Moon World and Love River.

How Many Balloons Does It Take To Float?
Our family HOT AIR BALLOON RIDE OVER CAPPADOCIA in Turkey
Hot Air Balloon Ride in Luxor, Egypt
Hot Air balloon lands in water with Utah Family Aboard 10/13/21
Bonn Balloon Festival 2017 Take-Off Starts